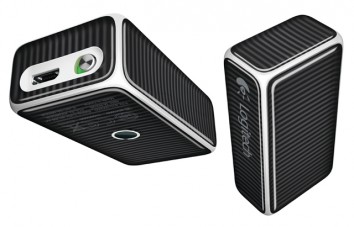 Logitech designers have come up with a new product that makes it easier for people who make presentations using their laptops to transition from using their computers and making presentations.

The new product, which Logitech is now displaying at the Consumer Electronics Show, is called the Cube. The device, which is actually a rectangular piece of electronics (makes you wonder why they used Cube as a brand name, maybe because Rectangular Box was already taken), is a multi-function device that is a brilliant idea come to life. When the Cube is placed on a desk or any hard surface, it essentially functions as a 1000dpi laser mouse. The sensor is located at the bottom of the device. But lift the Cube and sensors within the device will detect the change in environment and orientation and it will automatically launch its presenter mode. With the presenter mode activated, every time you click on the mouse buttons you will advance slides that are being shown in presentation software like Microsoft Powerpoint. The Cube’s top part also has a function. It can be used to scroll up and down a web page. The Flow Scroll software developed by Logitech is used for this particular function. There’s no scroll wheel involved. The user only needs to slide his finger up and down the mouse to activate the scroll function.

The Logitech Cube is powered by a rechargeable lithium-polymer battery that can be charged through USB. The mouse module communicates with the laptop though a 2.4Ghz wireless receiver that is attached to the laptop. The Logitech Cube will be available in stores later this month and will sell for $69.99.