Gaming on the PC is not what it used to be. Even though quality games are still coming out for the PC the number of releases have dropped. This could be because of the growing popularity of gaming consoles. Game consoles are easier to maintain, have plug-and-play functionality and you donâ€™t have to worry about the hardware so much. But PC gaming has its own unique qualities that make it perfect for certain types of gaming. Real time strategy is the perfect platform for PC gaming, and so is flight simulations. END_OF_DOCUMENT_TOKEN_TO_BE_REPLACED 3D is the next big frontier in home entertainment if we are to believe Sony and what it has been saying in various tech conferences and expos. The company is investing heavily on 3D that it is coming out aggressively with 3D related products like 3D-ready LCD TVs, 3D glasses (the company recently announced more affordable 3D glasses at the last E3 Expo), and has already made available a firmware update on the Playstation 3 to enable 3D gaming and content. END_OF_DOCUMENT_TOKEN_TO_BE_REPLACED If you are looking for a good handheld game that is not going to turn your childrenâ€™s brains to mush but will actually exercise it â€“ and even yours too if you do play with it, then the iball3 is a game you should definitely consider. END_OF_DOCUMENT_TOKEN_TO_BE_REPLACED Gamers can be a very obsessive bunch. Iâ€™ve seen friends who just talk about games all day long, or go to the internet to research on the best strategies in beating a game, or join game-related forums so they can compare notes with other gamers. END_OF_DOCUMENT_TOKEN_TO_BE_REPLACED

Touch screens are now considered almost de rigeur for any device that needs some kind of graphic interface. Itâ€™s the new Bluetooth! But even though touch screens have introduced tactile articulation for control and in many cases it is really the best way to manipulate things on screen, there are some things where an actual button would still be appreciated. END_OF_DOCUMENT_TOKEN_TO_BE_REPLACED No one can deny that Microsoftâ€™s Kinect is one revolutionary piece of kit. It wowed audiences when it was first revealed to the public and the admiration has turned into great sales for Microsoft and for the Xbox 360. The Kinect allows for a new level of control for video games â€“ one that does not require you to hold any sort of controller. The Kinect camera â€œseesâ€ you in three dimensional space and depending on the game translates what you do to movements within the game or application. END_OF_DOCUMENT_TOKEN_TO_BE_REPLACED Sony finally revealed the official name for its next generation portable handheld gaming machine during its Electronic Entertainment Expo (E3) 2011 press conference. And its name is PS Vita (pronounced as vee-ta). END_OF_DOCUMENT_TOKEN_TO_BE_REPLACED 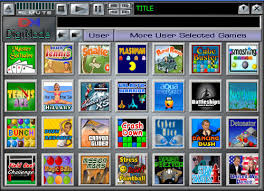 The Internet is great for many things â€“ apart from helping you get your work done more efficiently and be more productive in your life in general, it can also be very useful for relaxing and spending some time off when you feel the stress has built up too much. And if you know where to look, your relaxation time in the Internet can be a very pleasant one!

One of the best ways to kill some quick time on your computer is to play a few rounds of your favorite game â€“ and with the help of the Internet, you can find many free Flash games of great quality! Just make sure you apply some self-control to the whole ordeal â€“ some of those games have been made to be anything but boring, and they can easily get you addicted and coming back for yet another round even when you should be working. Weâ€™re all familiar with the feeling, sadly.

Of course, it can be cool to catch up with the latest trends in the geek world as well, in case youâ€™re interested in that scene â€“ reading the proper geek blog can be a good way to get the latest news in that field, and it can be quite the interesting read as well â€“ certainly something which can work great to take the time and stress of and help you relax for a few minutes! Plus, it can be useful for getting the latest bits of information in the IT field too. Okay, sure, old-school gaming emulators are a dime a dozen. You can easily download one off the net for a small price – or if your Google-fu is strong, free – and you can just download the ROMS of the games that you legally (heh) purchased back in the console’s heyday, and play away! I actually have quite a few installed on my computer and a NES and GBA emulator on my Nokia E63 as well.

So what’s the big deal about playing SNES games on the Nokia N900? Well, I don’t think any other cellphone can allow you to play SNES games through a PS3 SixAxis controller. And if you use the Nokia N900’s TV out function, you can actually connect your diminutive cellphone to a ginormous HDTV and enjoy your games on a huge screen!

Setting it up is a bit complicated though. Pairing the PS3 SixAxis controller to your N900 via bluetooth isn’t as easy as it looks, though. Unfortunately N900’s Maemo does not come with joystick and mouse support in kernel. These instructions will help you reconfigure the device’s kernel to enable joystick device and mouse support.

Were you able to get SNES emulators to work on your N900? Don’t be afraid to try it, and tell me what happens!